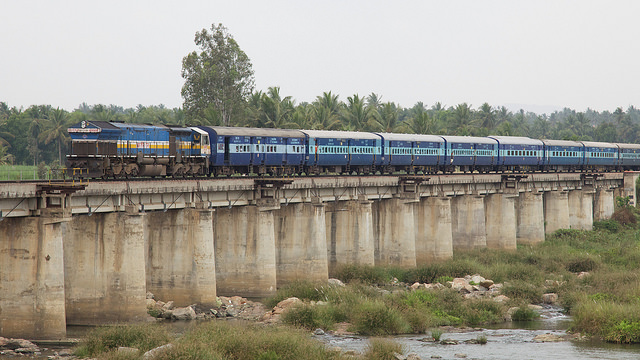 This project will use structural health monitoring techniques to evaluate the current condition and anticipated remaining lifespan of railway bridges and tracks in Canada and India.

Aging and deteriorating civil infrastructure systems are among the most significant challenges faced by our modern societies in Indian and Canada. Among these infrastructure systems, railroad infrastructure stands as one of the most critical links for a sustainable freight and passenger transportation network. In order to ensure a safe and sustainable railway network, the condition of the critical components of the railway network, such as bridges and tracks, should be continuously evaluated and assessed.

A significantly large number of the railway bridges in India and Canada have been constructed 50-100 (or more than 100) years ago and their design lives have been exceeded. These bridges are experiencing major material aging and figures problems, especially as axle lads have increased several fold during the past decades.

Further India’s Railroad Accident and Incident Reporting System indicates that between 28-33% of all train accidents between 2003 to 2013 occurred due to track related issues.

This research project aims to evaluate railway bridges and railway tracks using Structural Health Monitoring (SHM), to develop and fine-tune novel SHM technologies equipped with novel data analysis methods and signal processing algorithms for evaluating the current condition and estimating the raining lifespan of railways bridges, and to quantitatively investigate how the track structural integrity is correlated to the extreme and variable maximum rail vertical deflections along the track.