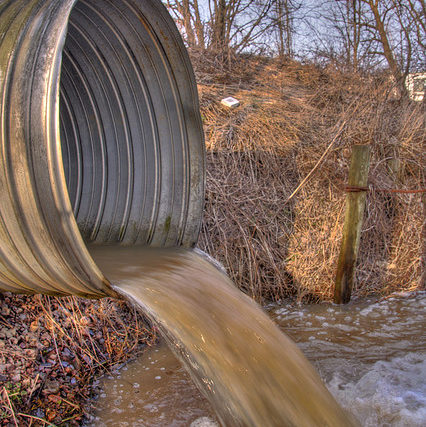 This research project seeks to bring together biomass based biochars and hydrochars from rice husk waste product to remove heavy metals and other contaminants from industrial and domestic wastewater that makes its way untreated or only partially treated into rivers and streams.

Researchers at the University of Arkansas have provided the Canadian Team with rice husk biochar. Sorption/desorption experiments were conducted to investigate the efficacy of activated and non-activated rice husk biochar, produced at high, medium, and low temperatures, in removing heavy metals and endocrine disruptive chemicals, primarily estrogen-based female hormones. Initial results confirm that rice husk biochar has the potential to remove Cr and Zn from contaminated wastewater at 1% biochar application rate by weight (biochar:soil). By increasing the application rate to 5% for the activated high temperature rice husk biochar, the removal rate of Cr, Fe and Pb were also found to increase significantly.

Desorption experiments are presently underway to determine if the sorbed contaminants remain sorbed. Similar experiments are also planned with hydrochar and these results will be reported in the next progress report.

The intended use of biochar for this project is to filter out inorganic an organic contaminants. So, further experiments are planned that will use only biochar (no soil) and determine its sorption/desorption capability for heavy metals and endocrine disruptive chemicals.

Municipal wastewater is generally discharged to water bodies after primary and/or secondary treatment. Although primary treatment of wastewater can remove about 40% of suspended solids and lower biological oxygen demand (BOD) by 30-40%, and secondary treatment can reduce total BOD by about 85%, the wastewater still may contain substantial amounts of nitrate, ammonium, phosphorus, pathogens, heave metals, and other contaminants. Diarrhea is caused by contaminated drinking water while malaria and schistosomiasis are passed on by mosquitoes, which breed in stagnant contaminated water. These water-associated diseases kill more than 25 million people worldwide annually.

In Canada, effluent from wastewater systems represents one of the largest sources of pollution, by volume, impacting ecosystem health, causing higher level of chemicals in the food chain and contaminating drinking water supplies. The water pollution due to heavy metals and/or organics from mine tailings and storm water runoff from highways and urban areas is of concern in many parts of Canada, including that in aboriginal communities.

Most surface water bodies in India are highly polluted, primarily due to direct discharge of wastewater with little or no treatment. This project focuses on two heavily polluted rivers in India, namely Yamuna and Satluj. The flow to many tributaries of Yamuna river is contributed by untreated or partially treated municipal and industrial wastewater which has resulted in more than 200% increase n BOD from 1980 to 2005. Untreated industrial effluents contain harmful heavy metals and agricultural runoff generally rich in nutrients and pesticides including DDT, hexachloro hydrocarbons, and cyclodiene.

This project will design a system that first employs biochar/hydrochar to remove heavy metals and some organic compounds from wastewater and then make use of floodplain filtration to remove other inorganic and organic compounds. The study will also take advantage of the by product of the rice industry in India, and will use rice husk with its rich hemicellulose, cellulose and lignin and inputs into the creation of biomass based biochar and hydrochars.