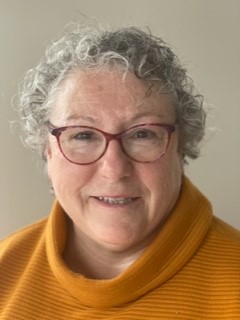 Krista is the President and CEO of Fertiloam Inc. A firm she launched in June of 2019 to allow her to pursue her interests and to continue to contribute to the health and research sectors in Canada.  She currently serves the research and broader community as a member of Saint Mary’s University Animal Care Committee and the Nova Scotia Centre on Aging Advisory Board at Mount Saint Vincent University.

Krista completed her tenure as the Chief Executive Officer of the Nova Scotia Health Research Foundation (NSHRF), a position she held for almost 19 years, on March 29, 2019. As the inaugural CEO, Krista was responsible for the establishment and development of the organization. She worked collaboratively with the NSHRF Board of Directors and its many stakeholders to support increased research activity and capacity in Nova Scotia. Acting as a knowledge broker she facilitated the use of health research results in health-system decision making.

In addition to working within Nova Scotia, Krista also championed health research initiatives nationally and internationally. She has contributed to several national initiatives (e.g. SPOR, CIHR Partners Table, Canadian Health Services and Policy Research Alliance, among others), has served on external review committees, served as a member (including as Chair) of peer review committees, and on various boards and working groups including the Canadian Cochrane Network Centre Advisory Board (Chair); the Canadian Longitudinal Study on Aging Advisory Council (Chair) and the Canadian Arrhythmia Network’s (CANet) Board of Directors. Krista is the founding member of the National Alliance of Provincial Health Research Organizations (NAPHRO) and served as a co-chair on three separate occasions.

She was awarded a Canadian Progress Club of Halifax Women of Excellence Award in the Management and Professions Category in 2012; a 2013 WXN Canada’s Most Powerful Women: Top 100 Award in the Public Sector Category; and was named one of Atlantic Canada’s Top 50 CEOs by Atlantic Business Magazine in 2014.

Krista held various positions in the health sector evolving from a practicing Physiotherapist in a clinical setting in New Brunswick, Alberta and Nova Scotia to a Post graduate Fellowship and Task Force Coordinator with the NS Department of Health and Wellness, as well as a program manager responsible for health care benefits, programs and policy at the Workers’ Compensation Board in Nova Scotia. Krista has also taught at the university level and recently completed a second term as an Adjunct Appointment in the Faculty of Health at Dalhousie University.

Krista holds a Master of Health Services Administration from the University of Alberta and a Bachelor of Science in Physiotherapy from Dalhousie University. She has also completed the Province of Nova Scotia’s Executive Leadership Development Program.