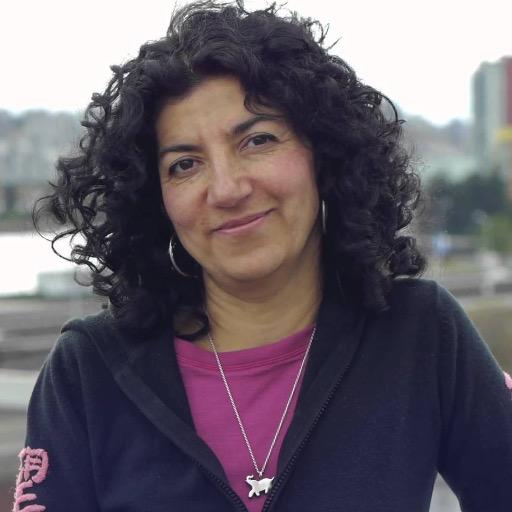 Meeru Dhalwala was born in India and moved to Washington, DC at a young age with her parents. She moved to Vancouver in February 1995 and has since been cooking and running the kitchens at Vij’s and Rangoli restaurants, which she co-owns with Vikram Vij. Vij’s has been hailed by the New York Times as “easily among the finest Indian restaurants in the world.”

Meeru works closely with her all-female kitchen staff–all of whom hail from villages in the Punjab, India—to experiment with various cooking techniques and spice combinations for all of the recipes at the two restaurants. Many of her staff have been with Vij’s for over 20 years. In addition to running the kitchens, Meeru works closely with Vikram and front general managers on running the overall business.

Before her move to Vancouver, Meeru first worked at the US National Academy of Sciences and Institute of Medicine on human rights issues within the international science, engineering and health communities. She then worked with various international non-profit organizations on economic development projects in Africa and the newly independent countries after the break up of the Soviet Union. She also worked in India for a year re: how to develop group health insurance schemes for women working in the “informal sector” of the economy.

Meeru is a member of the Faculty Advisory Board of UBC Land and Food Systems. She works closely with the Dean and UBC Farm on various fundraising initiatives to build an academic, teaching, farm center for students, the BC community, and visitors from around the world. She has also recently joined the Board of Directors of MOSAIC, a BC based organization that provides services and is dedicated to addressing issues that affect immigrants and refugees as they settle into their lives in Canada. She also served on the board of directors for Vancouver Farmers Markets for six years and continues to work with the Farmers Markets to source food for Vij’s and Rangoli.

Meeru is an avid runner and her favorite solo time is running in her neighborhood while listening to music. Her daughters attend university in Toronto and Montreal. Her sister lives in NYC with her family and her childhood friends still live in DC, so whenever she can get a long weekend off, she’ll be on the East Coast.