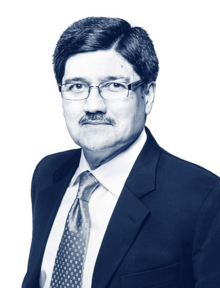 One of the most cited in the field of concrete materials and structures, for the past twenty-five years Dr. Banthia has worked tirelessly to understand the performance of concrete structures under various conditions of loading and environment, developed numerous advanced ultra-high performance concrete materials with fiber reinforcement, devised innovative methods of laboratory and field testing, and developed novel sensors for structural health monitoring. Dr. Banthia holds 7 patents, has published over 400 refereed papers, and edited 20 volumes. He serves on the editorial board of eight international journals and is the Editor-in-Chief of the J. of Cement and Concrete Composites—a journal with the highest Impact Factor in the field.

In the context of IC-IMPACTS, Dr. Banthia believes that the most effective way of improving lives of global citizens is through nationally supported research collaboration in science and technology. Through his leadership, IC-IMPACTS has demonstrated that such a collaboration brings about innovations that transform lives. Dr. Banthia’s work in India was recently awarded the Global CSR Medal of Leadership and Excellence.