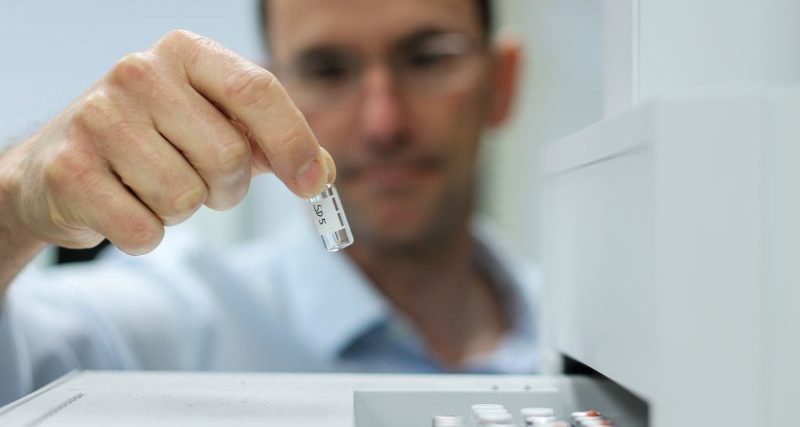 Access to clean drinking water is a constant challenge for millions of people around the world. Dr. Bérubé and his research team have a goal to “provide a model for low-cost, effective water treatment for communities, and to help locals help themselves as they build, operate and even expand their water treatment plants.”
This IC-IMPACTS funded project led by Dr.Bérubé has successfully developed a system that uses bacteria to turn non-potable water into drinking water and has been recently spotlighted in a variety of media sources.

Capable of Removing Over 99.99% of Contaminants

Tanks of fibre membranes catch and hold contaminants—dirt, organic particles, bacteria and viruses—while letting water filter through. A community of beneficial bacteria, or biofilm, functions as the second line of defence, working in concert to break down pollutants.
Dr.Bérubé believes that membrane treatment can remove over 99.99% of contaminants, making it ideal for making drinking water. Most water treatment plants have infrastructure dedicated to removing contaminants from membranes that have been clogged.  For this process, treatment plants utilize chemicals, motors, and pumps. The newly developed system however, has been designed to rely on gravity, and hungry bacteria, to get the job done. 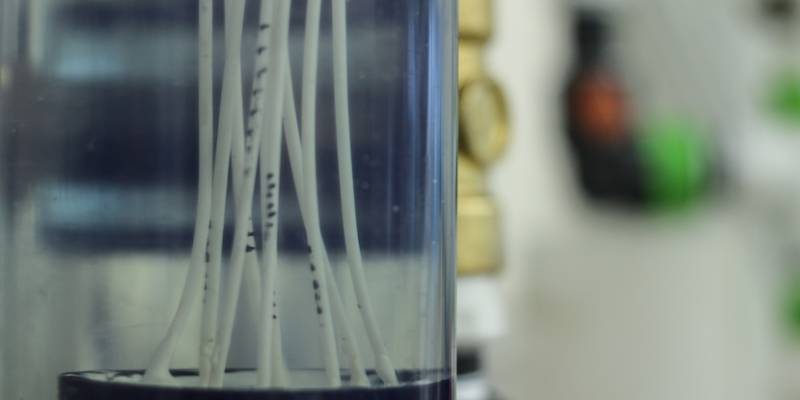 The water filtration technology has been around, however, unlike most municipal systems, this one is very easy to maintain. The new technology will be tested in West Vancouver prior to being installed in remote communities in Canada and beyond.
“Our system is the first to use gravity to scour and remove captured contaminants, which otherwise accumulate and clog the membrane. It’s low-maintenance and as efficient as conventional approaches that need chemicals and complex mechanical systems to keep the membranes clean,” said Dr. Bérubé. “The biofilm also helps by essentially eating away at the captured contaminants. You just open and close a few valves every 24 hours in order to ‘lift’ the water and let gravity and biology do their thing. This means significant savings in time and money over the lifetime of the system.”
“In pretty much all provinces there is a number of communities that are currently on boil water advisories, literally in the number of thousands of small systems,” said Dr. Bérubé. “In B.C. at any one point in time, I think there are over 300, up to 500 boil water advisories.”
West Vancouver was chosen for pilot testing because of its proximity, but the eventual goal is to install similar systems for communities where clean drinking water is hard to come by.